Posted by admin| With No Comments 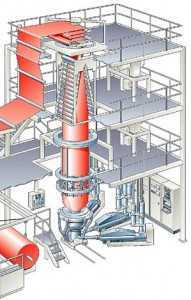 Mainly Polyethylenes (HDPE, LDPE and LLDPE) but a wide variety of other materials can be used as blends with these resins or as single layers in a multi-layer film structure. these include PP, PA and EVOH